In South Central Los Angeles there is a gang war going on, but not the one they are writing about.

There will be #100days100nights of terror, because every day a person gets foreclosed on in South Central. Everyday a person loses their job and every day someone joins the ranks of our over 50,000 homeless.

The story here isn’t so much different than the stories unfolding in Detroit, Oakland, San Francisco and New York.

The banks, the developers and the politicians —they pay, want people in South Central out of their houses. We vote too much, we talk too much and we ask too many questions.

This isn’t some random gang war, violence is never random and this isn’t about the streets. It’s a war against the entire community by banks and development.

And some of these so-called “social justice” organizations who are doing press conferences to “help” are funded by the same people who want you out of your house.

Why do you think every time corporate America builds some big piece of crap nonunion, but you won’t be hired at anyway, development our social justice “helpers” are standing right in front smiling? They are community outreach for the banks.

Their job is to calm you down and so you feel good and positive while the banks and developers take your home, take your job, close down your schools and trick your kids into being happy with $15.00 bucks an hour part time, for a job they are not going to get in 2020.

“You don’t need a job, you need health fair this is a food desert!” ~ helpful social justice organization.

They are the cut from the same cloth as the groups that put everyone in jail for pot.

The plan is to stop the “gang war” isn’t going to be jobs or affordable housing. It’s going to be gentrification and moving you out your neighborhood. They won’t tell you that, but that’s the plan. To move everyone who isn’t rich out of here.

They (they being self appointed leaders, politicians….) will say they are in negotiations and while they are negotiating your rent will go so high you’ll have to live in your car and then you’ll get a ticket and then you’ll be living on the streets. The police will be so thick in South Central you won’t even be able to spit without a ticket or visiting the county jail. Everyone will be taxed, fined and pushed to as close as they can get you to Arizona and when you get to Palmdale or whatever hot place in the desert they push you to where they need human place holders, you still won’t have a job and then they’ll move you again in 20 years when they build that bullet train. 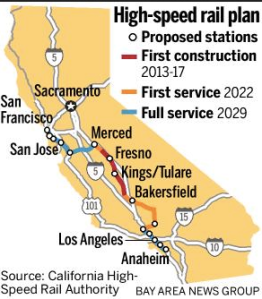 That’s the plan to “fix” this.

They want peace? There hasn’t been peace here in over a decade, but they wouldn’t know that, because they don’t live here. They wouldn’t dare live here.

Not even the politicians in South LA who are supposed to live here will live south of Slauson, at least not yet. USC hasn’t told them it is OK yet.

South LA doesn’t end in Leimert Park or Baldwin Hills and really come now, that’s not really South Central. If you live over there you have no idea what is going on in the southern and eastern parts of South L.A. And you will not come here unless you’re on your way to dinner in downtown L.A. or to USC to pick up your check.

I barely know, but I know this that it is not so much that they don’t know. They don’t CARE and me personally if I were betting woman I would probably bet my left pinkie they are very involved in this real or imaginary gang war going on where we should all be terrified, since us being gone will make them money.

USC can call where they are downtown L.A. (that’s not downtown LA that is South Central) and they can rebrand Leimert Park as the center of South Central, but USC rules don’t apply in my world.

My family has been here since 1890.  I know where the hell I live and I mean that in every way possible.

Who and what matters in South Central doesn’t end at Slauson.

Be scared of the right people.