By Yung VJ Omo
Attack of the Cracker Jack Hacks 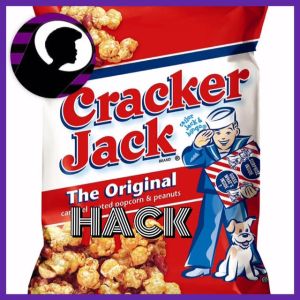 An internet takedown orchestrated by one (or more) anonymous Black creatives

If you are a professional photographer, and you can look a model in the eye while stating that lighting dark skin is just too difficult for whatever reason, then I might have you stored in my contacts as a cracker jack hack.

This term can be used in a less harsh context to describe a particular brand of artist: (almost always) white, male and with the interesting branding of  —“controversial.”

Controversial to whom? Well, anyone who might think fake blood on thin white flesh is a subversive aesthetic choice. One who perhaps might be enraged at the sight of a destroyed Birkin handbag. Such powerful images, indeed. Why, if one is offended then they just don’t “get it,” even if there’s not much to get.

In fact, white male artists surely must have reasons to celebrate, for the market demands art with a purpose. In our post-Ferguson world, the masses clamor for a graphic representation of social justice, or more often, a lack thereof. We can no longer just take in pretty things! The world is not a pretty place! All art must make you think, and if it makes you think about your whiteness, then clearly what we have here is a powerful creator. A creator with the ability to change national conversation and viewpoints.

And if as a white man you don’t have any recent history of oppression to refer to, don’t worry — you can always speak for others. Besides, it is not fair that they won’t let you join the local Latino arts collective. I mean, it’s not like there are any artists of color talking about the latest police killing and how it made them feel an emptiness, one strangely similar to guilt. Such a lack in the field, it is only rational to want to fill that void with your voice. Even without the backing (or even consultation) of the collective people you’re helping.

One of my particularly favorite pieces of viral art is Tyler Shields’ recent photo set, “Historical Fiction.” I personally cannot wait to see this powerful and moving set for myself. It is showing at the Andrew Weiss Gallery in the diverse neighborhood of Santa Monica.

How brave is this young man, who brought us classics such as “Vampire” with Lindsay Lohan, or his “secret” double-exposure technique? You can’t get more subversive than a nude Mandingo hanging a Klansman. Such courage. I hear the KKK actually disliked the image! I could never hope to make so much progress for social justice.

Please do not make any mistake, I would never dare to question the credentials or motivations of a man who gave us the treasure that is “My Bloody Photo Shoot.”

declared that normally he never gets involved with politics. While it is always dangerous to make any sort of assumptions about an artist by their output, I believe it’s safe to say that recent events have inspired Mr. Shields to finally throw his hat into the ring, and use his skill to help guide the conversation in an effective, meaningful manner. If only the blacks were better at subverting the violence imposed upon them! We should thank Mr. Shields for doing what we are too scared to do – hang Klansmen and curb-stomp police officers.

I  implore you, who else could be better qualified to direct a group of four young models in recreating the historical event of being in a Black hair salon reading about Dr. King’s assassination? Even more powerful is the follow-up profile of the girl with the saddest expression; I must applaud Mr. Shields in his incredible ability to truly evoke such deep, complicated emotions of five decades prior. What I wouldn’t give to be on that set. Perhaps he asked the ladies to think of how their mothers felt.

Beyond Tyler Shields’ remarkable contribution, we should all be excited about this new frontier in art. Those who have been rejected by their industry for technical mediocrity or lack of inspiration, for style over any substance, for using devices that suggest problematic world views, or for just being boring – these vilified artists would do well to rejoice and pay close attention. There was never any need to exercise caution in the use of loaded archetypes. Mr. Shields has established a new paradigm. So long as your artist’s statement rejects racism, then the use of a Mandingo is always appropriate.

Historical, socio-economical contexts be damned. Our cracker jack hacks can now be relied on to end injustice. What a wonderful day for art, perhaps we can stop killing Black people now.